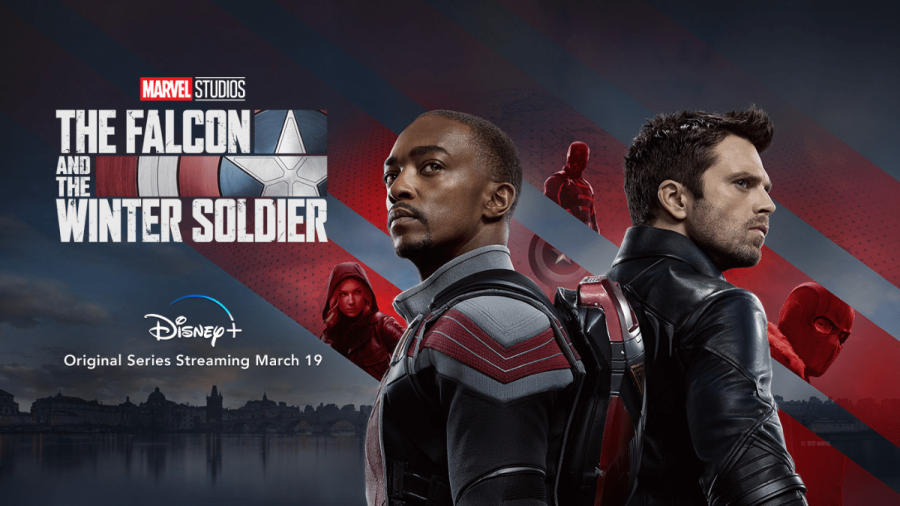 Editing Note: This was written two months ago, but is only now being published. If there is any weird/out of place statements involving timing, that is why.

Marvel and Disney have done it again. With WandaVision‘s (2021) incredible success on Disney+ earlier this year, hopes were high for Marvel’s future presence on the streaming service. That said, there was also some trepidation—could the rest of Marvel’s television slate live up to the same quality as WandaVision? The Falcon and the Winter Soldier (2021) is here, it has completed its season, and it most certainly lived up to the hype.

The Falcon and the Winter Soldier follows Sam Wilson/The Falcon (played by Anthony Mackie) and Bucky Barnes/Winter Soldier (played by Sebastian Stan) as they acclimate to life after after the events of Avengers: Endgame (2019). With the millions of people snapped back into being, there is much upheaval between nations as they displace and disenfranchise refugees in order to re-establish the borders pre-Thanos—an effort being fought by the Flag-Smasher extremist group, led by Karli Morgenthau (played by Erin Kellyman). Sam and Bucky must reunite with old friends and enemies in order to tryto stop the violent attacks by the Flag-Smashers, while also trying to find where they stand in a post-Steve Rogers America.

The beauty of Marvel’s Disney+ outings is that they have both been incredibly unique to what we are used to from the MCU. The Falcon and the Winter Soldier is a globetrotting buddy-cop adventure and is so much fun. On top of the fun and humor, the show is also filled with many moments of deep emotion and riveting complexity by shining a light on America’s treatment of refugees, foreign civilians, and Black citizens and soldiers, within the context of the Marvel universe.

The performances across the board were great. The leads, Anthony Mackie and Sebastian Stan, finally got a chance to deep dive and sink their teeth into their roles of Sam and Bucky. Also returning is Daniel Brühl, reprising his role as Baron Zemo (previously appeared in Captain America: Civil War (2016)), and he is one of the big highlights in this series. While he was often criticized as the most lackluster part of Civil War, he has turned it around and is easily one of the most fun and complex characters in the show. The real show-stealers are the Marvel newcomers Erin Kellyman, Wyatt Russell, and Carl Lumby. If you had seen any of these actors’ previous works, their success and talent seen in this show shouldn’t come as a surprise. Kellyman and Russell both play incredible antagonists, and the way they play their respective characters makes you sympathize and care about them. Lumby plays a character named Isaiah Bradley, also known as the Black Captain America and the first Captain America in the comics. Every scene Carl Lumby is in is a tour de force in emotion and pain.

Despite the incredible package we got in The Falcon and the Winter Soldier, it does not come close to the quality of WandaVision. Throughout the season, I was left wanting more, but in the “Is that all?” way. Other than the scenes with Carl Lumby and the big reveals and action in the finale, it didn’t leave me thinking about the show after I finished each episode. It just didn’t have the lasting power for me like WandaVision did and it left me a little disappointed.

Overall, The Falcon and the Winter Soldier is a fun show and does continue Marvel’s winning streak in the streaming arena. The performances were phenomenal and the action set pieces were fantastically captured. The social commentary in the show was not expected, but I very much appreciated it and it definitely increased the overall quality and longevity to the show. It’s not a flawless show and nowhere near as good as its predecessor, but it does increase my excitement for Loki and the other Disney+ shows coming later this year.