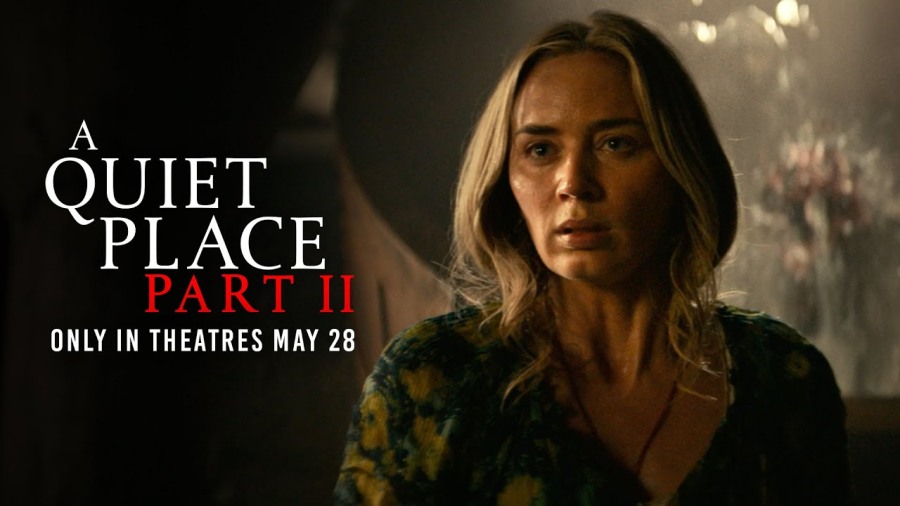 One of my favorite films of 2018 was John Krasinski’s theatrical directorial debut, A Quiet Place. With fantastic characters, an incredible premise, and some of the most suspenseful sound design ever presented in film, A Quiet Place blew audiences away and was a true “must see in a theater” event. When A Quiet Place Part II was announced and slated for 2020, it was easily one of my most anticipated films. After several pandemic delays, the eagerly awaited sequel has finally released in theaters and it is fantastic.

A Quiet Place Part II picks up right where the original left off, with Evelyn (played by Emily Blunt), Regan (played by Millicent Simmonds), and Marcus Abbott (played by Noah Jupe) seeking out a new “safe” place after the events that happened in their home at the end of the first installment. Going off their laid out path, they find another survivor and a pre-invasion friend, named Emmett (played by Cillian Murphy), who has lost everything, including his hope in the morality of other survivors. With Lee (John Krasinski) gone and a newborn baby in the picture, the Abbott family must use their new-found knowledge of the aliens’ weakness to search for help and survive as long as they can.

Just like the first film, A Quiet Place Part II‘s biggest strength is its characters and the actors that play them. Emily Blunt once again delivers a powerhouse performance. Unfortunately, her character took more of a backseat this time around, but that said, every scene she is in is filled with so much emotion and tension that she truly leads this film. John Krasinski briefly returns in the “Day 1” scene from the trailers, and what little we get of him back as Lee is an absolute gift as he sells that sequence in the film. I also think him taking a step back this time, gave Krasinski a lot more time to focus on writing and directing, and this really shows in some of his shots and set pieces being much more deliberate and better executed than in the first film. Millicent Simmonds is once again fantastic despite her character being, by far, my least favorite in the family. Despite my loathing for the stupid decisions the character makes, Simmonds is able to make me still feel for her and fully engross myself in her storyline which is good as she kind of takes on the lead role in this installment. Cillian Murphy was a fantastic newcomer to the cast, and his character’s story and him not knowing ASL led to fantastic heartfelt moments along with scenes of heartbreak and extremely tense scenarios.

In terms of performances, however, the standout star is Noah Jupe: I am convinced that there is nothing this kid cannot do. He was fantastic in the subpar film Suburbicon (2017), a stand-out in the lovable adaptation of Wonder (2017), and absolutely fantastic in Ford v Ferrari (2019). He did a phenomenal job in the original A Quiet Place, and that’s when I began to believe that his acting chops were on an exponential track, and I was proven right when the film Honey Boy (2019) released—he was an emotional powerhouse in that film. Now following all of these incredible roles, Jupe has returned to the role that really turned my eye on his acting chops, and he is the standout performance in this movie. Every scene he is in carried so much pain (in more ways than one), and anxiety, and desperation. By the end of the film, I was in awe of every performance in the film, but it was Jupe’s performance that elevated it to the same levels of anxiety inducing excellence that the first film achieved. I am calling it now, by the end of Jupe’s career, he is going to have multiple Oscars on his mantle.

Other than the characters, this movie carries on the excellence of the first film through its sound design and set pieces: each with their own added layers of tension building that carry on the suspense created by the previous film. Krasinski’s choice to expand the A Quiet Place world led to many new ways for him to present creative action with the aliens and new scenarios that elevate the urgency and sense of dread that the characters felt (all I will say is, an oxygen tank has never stressed me out more than one has in this film). While sound design and the new settings were fantastic, they brought with them the weaknesses in this film. The score, which is good, is much more pronounced and invasive in this film which, unfortunately, detracts from the suspense built by different scenes by cutting out the marquee tension builder in this franchise. Also, with the new set pieces offering a lot of new action, it slightly detracts from the uniqueness of the original film. In the first A Quiet Place, we hardly saw the monsters, but the mere knowledge of knowing they are there was terrifying enough. This time around, the aliens are not subtle and do not cast as large of a menacing presence.

Overall, I loved A Quiet Place Part II, and I think it is a worthy sequel to the 2018 masterpiece. While I have a few gripes—Millicent’s character continuing to make dumb decisions, a more invasive score, and a lot more in-your-face alien moments—the acting and the overall storylines in this film are fantastic. Between Emily Blunt, Noah Jupe, and all the other performances in this film, I would say the acting in this film is enough for me to recommend this film to any filmgoer. Also, if you have any interest in this film, do not wait for it to release on streaming; much like the first film, A Quiet Place Part II is a must watch in theaters experience.