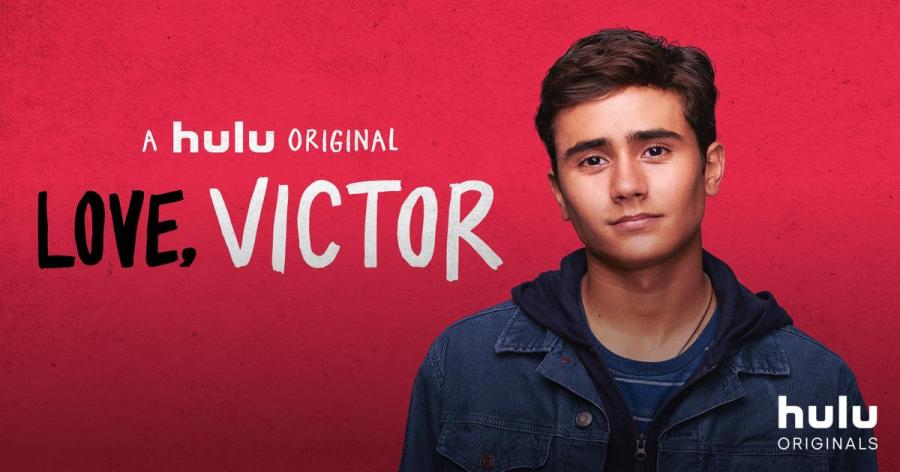 One of the biggest out-of-nowhere hits of 2018 was Love, Simon, based on the best-selling novel Simon vs. the Homo Sapiens Agenda by Becky Albertalli. It is quite the understatement to say this was a much needed film for the LGBTQA+ community as we have seen little to no representation in Hollywood outside of super-depressing Oscar-bait films such as Moonlight (2016), Dallas Buyers Club (2013), and Brokeback Mountain (2005). Even with the representation we have received, it is clear that the “gay experience” is a tool that studios take advantage of when they are looking to prove their “commitment to diversity”. While I loved Love, Simon, I also had many issues with the film that I was hoping its spin-off show Love, Victor would address, but alas Love, Victor plays just as safe, if not safer.

Love, Victor follows Victor Salazar (played by Michael Cimino) as he and his family move from Texas to Georgia and he attends the same Creekwood High School as Simon, just a year after the events of the film. Throughout the series Victor struggles with adjusting to the new city and school, family issues at home, and his struggling with his sexuality. On his first day at his new school, Victor hears all about Simon from teachers and classmates as he has apparently become a school legend. Finding his issue becoming more and more difficult to handle, Victor reaches out to Simon for help.

I want to preface everything I’m going to say in this review by saying that I really like both Love, Simon and Love, Victor. Both the movie and series touch on things that have been a part of my experience, and it’s rare when I feel like my experience is being represented in film and television. That out of the way, I have some pretty big gripes with Love, Victor that carry over from the film.

A gripe a lot of people had with Love, Simon was his opening line of “I’m just like you,” while simultaneously living in a upper-middle class house with super supporting parents and friends. This is something only a small percentage of people can actually relate to and it comes off as a little demeaning to everyone who doesn’t fall under that supportive umbrella. There is most definitely a lot of supportive families out there, and those stories need to be told. So, I always overlooked this gripe because it was a good first step for LGBTQA+ cinema. That said, when Love, Victor starts off with a “Screw you Simon” and a “not everybody has it that easy,” I got really excited for the show because it said to me that maybe we would get a little more meat and address some of the harder stories within the coming out experience. For example, myself and many others have to deal with depression, religious bodies, conservative family members and friends, and seeing as Victor is a Latino character that has a family with conservative religious beliefs, it is reasonable to assume that the show would address these things. However, the show does not live up to that promise as the main issue I have with it is the watering down of the gay experience to something that plays as a palatable version for straight people that fetishize the gay experience. With the watering down, one would be tempted to place the blame on Disney as Love, Victor was originally set to be a Disney Plus original before Disney threw it to Hulu for being “too adult”. This is a claim that is absolutely ridiculous as there is nothing in this show that outranks a decapitated Thanos in Avengers: Endgame or Hugh Jackman’s bare ass in X-Men: Days of Future Past. The only thing that explains why Disney took it off the slate for Disney Plus is that they are too scared to promote a gay story on their platform. Regardless, hopefully with the move to Hulu, the showrunners will be able to dive into more adult themes because otherwise, this show will never be the beacon of representation that myself and many others are desperately waiting for.

The performances in this show are mostly great, but I’m left conflicted. Anthony Turpel, who plays the stereotypical nerdy comical relief best friend Felix, is fantastic and lovable, and yet, horribly used in all the wrong ways that just leave the audience tired because of how offensively cliché the writers made his character. All the other actors playing high schoolers play their shallow stereotypes (the cute rich girl-next-door with parent issues, the over excited girl that always falls for the rude guy, two mean ex-boyfriends, etc.) and they all do little in terms of any form of character growth. Victor’s parents, played by Ana Cortiz and James Martinez, are both fantastically played and provide the most depth and emotion to the show in their sub-plot, but this is a problem because this show isn’t supposed to be about their marital issues. As a result, the Victor and Benji (played by George Sear) characters and storyline feel really shallow as the main depth of the story and character development is not given to them.

The actor who plays the main character Victor, Michael Cimino, is absolutely fantastic. He brings great heart and emotion, he’s what I refer to as “main character cute” and is sure to be a heartthrob for gay boys everywhere, and he very clearly cares about the material and about the LGBTQA+ community. Why though, was he approached for this role when he is a straight man? Part of it is that “gay fetishization” that I mentioned previously, as athletic straight men tend to fit the “appearance” that non-gay fetishizers love to see in these roles. I really appreciate Michael Cimino for representing people like me, particularly those that are Latinx as they are one of the most underrepresented LGBTQA+ groups in entertainment. I really appreciate his effort as a straight man to reach out to his gay cousin and learn about his experience and work to represent that in his performance. It just doesn’t sit well with me that in collectively both Love, Simon and Love, Victor, three out of the four main gay characters are all played by straight men and the other one was presumed straight when he was given the role. Like I said, I’m appreciative of them stepping out of their comfort zones to represent people like me in media, but I just wish that gay people were actually given the roles.

The Love, [X] properties have represented very important parts of the gay experience. However, just as they begin to hit strokes of brilliance, they back off and leave me feeling robbed. For a show that was pulled from Disney Plus for being too adult, I was too often feeling like I was watching a Disney Channel show in terms of depth and representation. While my words may not reflect it, I did really enjoy season 1. I just hope that with the development of season 2 being with Hulu in mind, it will delve into some more relatable issues gay people actually go through and hopefully, hire actual members of the LGBTQA+ community.