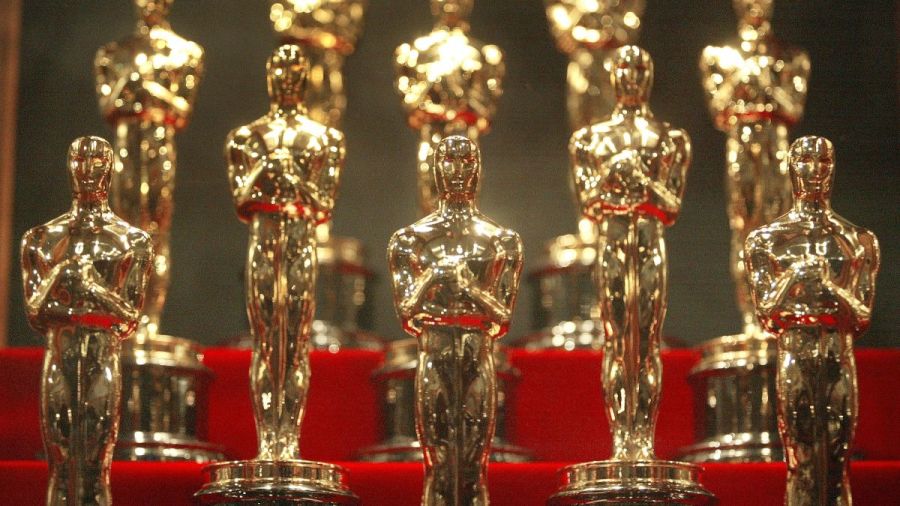 If this Oscar Ceremony is any proof, 2019 was an amazing year in cinema. I was fortunate enough to see over 80, 2019 released, films. While there are some movies that I think got snubbed from Oscar contention in various categories, I cannot complain about the amazing films that were nominated. The Oscars are only a few hours away now, so, here are my predictions for who will (bold) and I believe should win (*). Along with that, I will be updating this post live to denote who does end up winning. I will not offer commentary on the sound editing/mixing awards or Visual Effects award as I think that those are pretty self-explanatory, and I have not included the Documentary or Short categories as I have only seen a few and cannot properly assess the competition in those categories.

ACTOR IN A LEADING ROLE

ANTONIO BANDERAS for Pain and Glory

LEONARDO DICAPRIO for Once upon a Time…in Hollywood

JONATHAN PRYCE for The Two Popes

Love or hate comic book movies, you cannot deny the incredible performance Joaquin Phoenix gave us in Joker. It is one thing to change your mentality for a role and another entirely to change your entire physicality to embody the role as well. He has been the frontrunner in all of the previous awards in this award season and he very much deserves it.

ACTOR IN A SUPPORTING ROLE

TOM HANKS for A Beautiful Day in the Neighborhood

ANTHONY HOPKINS for The Two Popes*

AL PACINO for The Irishman

JOE PESCI for The Irishman

BRAD PITT for Once upon a Time…in Hollywood—Winner

This category is just not fair. Brad Pitt 100% was in a leading role, but since the studio pushed for him as a supporting actor, he is primed to win. He has been racking up all the awards this season and the Academy loves him in OUATIH. Among the actual supporting roles, Anthony Hopkins hands down would win this.

ACTRESS IN A LEADING ROLE

This is a hard category for me to properly consider seeing as I never had the chance to watch Judy. However, based on all of the other awards and the fact that every single outlet is declaring Judy a lock for this award ever since the movie released, I have to go with this.

ACTRESS IN A SUPPORTING ROLE

Everyone is absolutely head-over-heels for Laura Dern in Marriage Story and there is no doubt in my mind that she will win this award. However, I couldn’t disagree more. Scarlett Johansson absolutely crushed every scene she was in during Jojo Rabbit and the dinner scene alone puts her leagues past Dern in my opinion. I think I would even go Florence Pugh over Dern. Dern was indeed great, but I think people are too enamored with her performance.

HOW TO TRAIN YOUR DRAGON: THE HIDDEN WORLD

I LOST MY BODY

The tough part about this award is that the best animated movie, Weathering With You, wasn’t even nominated, but moving past that, Klaus has all the momentum right now. Between virtually sweeping the Annie awards and being a return to fluid 2D animation, the Academy is eating this film up and deservedly so. I believe Toy Story 4 is a much better film between script, animation, and direction, but it was a let down for a lot of people as it didn’t come near Toy Story 3.

ONCE UPON A TIME…IN HOLLYWOOD (Robert Richardson)

The fact that the entire film is a faux one-shot leaves no explanation needed. Watch 1917 and you’ll understand.

ONCE UPON A TIME…IN HOLLYWOOD (Arianne Phillips)

The fact that Joker has a lot of momentum in all of its categories and that the costume designers managed to create an entirely original and yet completely recognizable and iconic Joker design wins them this award. I believe Jojo Rabbit in general deserves to win every award (I recognize my bias), but costumes specifically instantly transport you to Nazi-Germany and engulf you in world. Unfortunately, my pick has less that a 5% chance of winning.

ONCE UPON A TIME…IN HOLLYWOOD—Quentin Tarantino

I think Sam Mendes wins this easily due to the careful planning, designing, and shooting of the “one-shot” concept for this film. The way he utilizes the intimacy of spending every second of the journey with each step of the characters throws you into the horrors of war and amplifies the atmosphere of the film. That said, the way Bong Joon Ho manages to weave every genre on cinema (except musicals) into one masterpiece of a film and enraptures audiences worldwide should, in my opinion, guarantee him the win—it won’t unfortunately.

Parasite will become the topic of masterclasses on editing and film making. I honestly cannot see how it will lose. The only dark horse I can see getting in its way is Ford v Ferrari because the editing in that film is stunning as well.

The makeup and hairstyling of the residents of Gotham create a layer of grime that exhibits the sliminess of the film, and the makeup on Joker alone is incredible. That said, when Bombshell came out people believed that it was actually Megyn Kelly and the other FOXNews hosts in the film rather than their respective actors and actresses. However, with the drama that surrounds Bombshell, I think it will lose the film the votes it needs to secure a win.

No debating on this one. The soundtrack for Joker is absolutely jaw dropping. Go give it a listen and prove me wrong.

I CAN’T LET YOU THROW YOURSELF AWAY—from Toy Story 4; Music and Lyric by Randy Newman

INTO THE UNKNOWN—from Frozen II; Music and Lyric by Kristen Anderson-Lopez and Robert Lopez

If Disney had submitted “The Next Right Thing” from Frozen then maybe there would be a competition, none of the nominated songs come close to the greatness of Elton John. There is no dispute here in my opinion.

ONCE UPON A TIME…IN HOLLYWOOD—David Heyman, Shannon McIntosh and Quentin Tarantino, Producers

1917 is holding all of the momentum going into tonight’s award as everyone is loving what Sam Mendes has brought us. That said, in my opinion Jojo Rabbit and Parasite are the two best films of the year, with Jojo being my new favorite film of all time. I feel like if these films came out sooner, then maybe they would have a better shot at winning. However, Parasite only has about a 20%chance while Jojo Rabbit is looking at under a 5%. 1917 is my third favorite of the year so I won’t be mad if and when it wins, I’ll just be a lot happier if one of my picks win instead.

Once again I’m rooting for Jojo, but I think it will very clearly be Once Upon a Time…In Hollywood simply because the Academy loves Hollywood and all things Hollywood. OUATIH completely transformed modern day Hollywood as every set in the film was completely practical. There is a very slim chance it loses this category, but if it does it will probably go to 1917.

ONCE UPON A TIME…IN HOLLYWOOD—Wylie Stateman

STAR WARS: THE RISE OF SKYWALKER—Matthew Wood and David Acord

ONCE UPON A TIME…IN HOLLYWOOD—Michael Minkler, Christian P. Minkler and Mark Ulano

THE IRISHMAN—Screenplay by Steven Zaillian

LITTLE WOMEN—Written for the screen by Greta Gerwig

THE TWO POPES—Written by Anthony McCarten

None of the other scripts come close to Jojo Rabbit. One second you are laughing, the next you are bawling your eyes out, and the next you are terrified. This script fires on all cylinders and it deserves this win. Plus, the script is so good that it has made its way into class materials at USC film program which in and of itself should show the absolute brilliance of the script.

ONCE UPON A TIME…IN HOLLYWOOD—Written by Quentin Tarantino

Parasite’s script transcends genre. One second you are watching a thriller, the next a romantic comedy, then a heist, then a social commentary, then satire, then horror, then grindhouse, and list goes on and on. The writing of this film is a pure masterpiece and, as grumpy Tarantino may get, it deserves this way more than all of the other nominated films in this category.

Good luck to all the films this year and let’s hope for a great show!